Skeleton of now extinct Steller's Sea Cow on display at the Smithsonian's National Museum of Natural History in Washington, D.C.

There is a plethora of research documenting the rapid fluctuations of large mammal populations in the Arctic and Subarctic region. While certain local populations of animals have become extirpated, there is only one species that has become extinct entirely: Steller’s sea cow (Hydrodamalis gigas).

Steller’s sea cow was an aquatic herbivorous mammal that grew to a size of around 30 feet and a weight of eight to ten tons! It was an enormous but docile relative of modern day manatees and dugongs and is considered one of the largest mammals in modern history outside of the great whales (Marsh, et al, 2012). Due to its tremendous size,  slow and docile nature, and inability to completely submerge, Steller’s sea cow was an easily hunted and exploited target  for both Aleut and 18th century promyshlenniki –Russian maritime hunters and fur-traders (Ellis 2004). With the possible exception of a few very small remnant groups on the Near Islands (including Attu, Shemya and Nizka) the sea-cow had been hunted to extinction throughout the Aleut chain prior to the arrival of the Russian fur-traders.

Russian explorers first encountered this species in 1741 when Captain Vitus Bering and his ship’s crew were wrecked on an uninhabited island off the Kamchatka Peninsula in the North Pacific that would later come to be known as Bering Island. Over the course of several months, during which Bering perished, the crew survived off the meat of fur seals and sea cows until they were able to rebuild their ship and return to Kamchatka.

Georg Willem Steller, the expedition’s naturalist, reported that the animals lived in small herds, or family groupings, and were numerous around the island. In 1881, Smithsonian naturalist Leonhard Stejneger visited Bering Island where he exhumed the skeletons of several sea cows from the site of Bering’s shipwrecked camp. In 1887 he published an article titled ‘How the great northern sea-cow (Rytina) became exterminated’, in which he estimated that the population of sea cows surrounding Bering Island must have numbered around 1500 and were the last survivors of a more widely-distributed species before they were hunted to extinction. 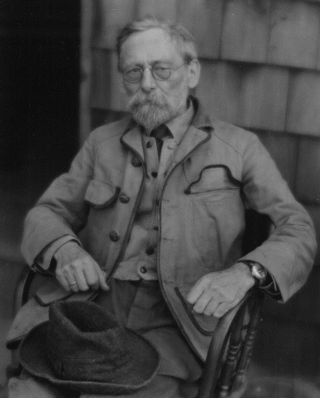 When word of these docile, easily-hunted animals spread among navigators, Russian hunters made expeditions to the region on a yearly basis on their way to the Aleutian Islands. Bering Island  became a spot for resource stocking for further voyages down south and back (Steller’s Sea Cow, 2005).

In 1768, only twenty-seven years after their “discovery” by western scientists  the Steller’s sea cow was extinct. There is little doubt that excessive over-hunting was the primary cause of extinction of the last remaining local group of sea cows, as evidenced by the timing of the discovery and the previous trends of similar species when faced with sudden, continued human intervention. However, archaeologists argue that the species had been once common all along the Aleutian Islands, where it was actively pursued by aboriginal hunters. Some researchers also point to the over-hunting of sea otters as an indirect factor in rapid extinction of the sea cow. When the Aleutian sea otter population in the area was decimated by Russian fur hunters and their Aleut Islander clients, the increase in purple sea urchins—a primary food of the otters—may have decimated the kelp beds that sea cows depended on  (Anderson, 1995).

While manatees and dugongs continue to survive in the wild today, the Steller’s sea cow never saw a population rebound. This instance of extirpation preceding extinction is an excellent example of why Arctic Crashes philosophy is effective in studying population fluctuations. The destruction of the last population of sea cows can be seen from a botanic, biological, or anthropological perspective. In addition, the observation of one last local stock of an animal shows that extirpation on a local scale is observable and necessarily precedes the extinction of an entire species. Finally, it serves  as an example for future case studies involving local populations of arctic mammals and the effects of fluctuations on an entire ecosystem.