By: Chelsi Slotten with William Fitzhugh 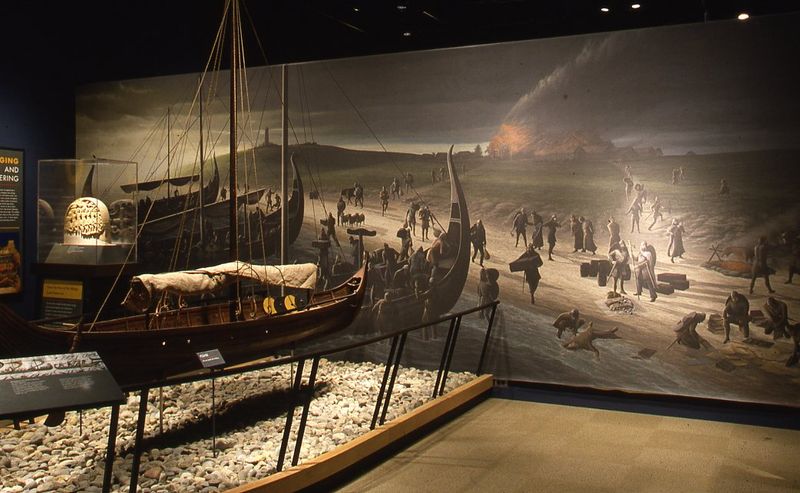 Ask most people who the first Europeans in North American were and they would probably answer Christopher Columbus. They would also be incorrect. The first Europeans to land in North America were actually a group of Vikings sailing under Leif Eriksson almost 500 years before Christopher Columbus. Leif’s trip to North American resulted in a settlement at L’Anse aux Meadows in northern Newfoundland and contact with the Native American population there. The world became much smaller that day as human interactions circled the globe for the first time in human history. Monumental as this event was, Leif does not deserve all the credit. His eventual landing in Newfoundland was the culmination of 200 years of travel and exploration by his Viking ancestors. Fifteen years ago the Arctic Studies Center curated Vikings: The North Atlantic Saga to trace that journey across the Atlantic Ocean. In journeying across the Atlantic, questions of how we know our past and its relevance today were addressed. As the world continues to shrink as a result of better transportation and the internet it’s useful to reflect on where we came from and to that end I have a couple questions for Dr. Fitzhugh. 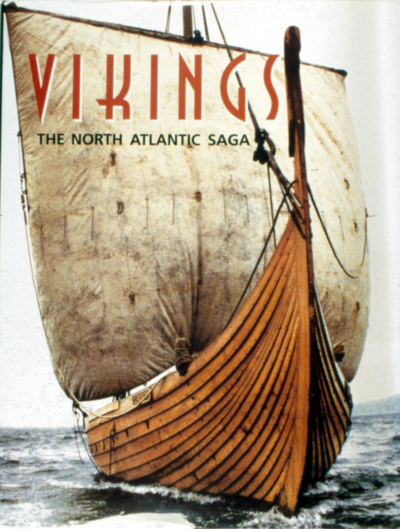 A: Producing “Vikings: the North Atlantic Saga” was incredibly complicated and expensive. Hillary Clinton kicked off our fund-raising effort. Curators from seven nations participated  and a dozen museums loaned objects. The shop opened at the Smithsonian and then traveled around North America for three years. We published a great book(cover shown to right) and we connected with a huge population of Scandinavian and Nordic people in North America. Fifteen years later I’m still lecturing about Vikings!

The most exciting part of the exhibit was the opening when I met the kings, queens, and presidents of all those countries and had lunch with all of them and the Clintons in the White House. Dessert? Chocolate Viking ships filled with ice cream and fruit!

Q: Have there been any major discoveries in the past 15 years that change or deepen our understanding of Viking travel to North America?

A: Nearly every year archaeologists find new Viking sites and artifacts. Recently a mass grave was excavated in Britain, a Viking ship burial in Scotland; a Norwegian penny dating 1065-85 in an Indian site in Maine; spoils from a wrecked Viking voyage in North Greenland, and studies of Viking burials in Greenland showing—contrary to previous belief that the Norse did not adopt an Inuit economy-- increasing use of marine foods (fish, seals) in their diet during the life of the Greenland Norse colonies.

Q: Why do you think people are still so fascinated with Vikings centuries after their era ended?

A: Vikings are a touch-stone topic! Everyone learns about Vikings in grade school—especially the raiding and pillaging. We are fascinated by these ‘barbarians who turned Christian’, their bravery, their boat-building skills, their sagas and poetry. They sailed across the Atlantic in small boats; they voyaged to Rome and Istanbul. They were also traders and nation-builders. Who wouldn’t be ga-ga for Vikings!!!

Q: What can the Vikings teach us that is relevant today?

A: Vikings were the quintessential explorers – they explored nearly half the globe and were builders of the finest boats of their day. They braved the storms of the North Atlantic and lived at the edge of the known world for nearly 500 years in Greenland. As we reach for the heavens in our space-ships we are following the quest for knowledge and exploration demonstrated by Vikings a millennia ago.

Q: Is there anything else of particular importance you want people to know?

A: Be a Viking! Explore. Search. Sing. Work hard. And you will change the world just like the Vikings did.

If you’re interested in learning more about this fascinating period in history the online exhibit is publicly available here: http://www.mnh.si.edu/vikings/.