Free Public Lecture on Life and Death in the Arctic on January 15, 2016

Caribou, Cod, Climate, and Man: A Story of Life and Death in the Arctic

By: Morten Meldgaard, Natural History Museum of Denmark and University of Greenland

FREE AND OPEN TO THE PUBLIC 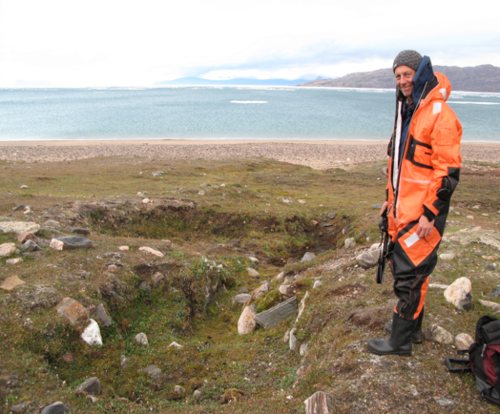 Far from being a remote planetary ‘deep-freeze’, the Arctic region today is recognized as a dynamic environment that has played a major role in the evolution and spread of animals and plants as well as the migrations and development of peoples and cultures. This presentation begins by investigating why Late Quaternary megafauna like the mammoth and the woolly rhinoceros went extinct while others like caribou and bison prevailed. What caused these differential outcomes? And what was the role of humans and climate in the dramatic changes that took place subsequently?

In order to explore these questions we will consider the history of caribou and caribou hunting in Greenland, where excavations at the important site Aasivissuit (“the Great Summer Camp”) reveal a close human association for several thousand years. Archaeological evidence reveals that dramatic caribou population crashes have occurred time and again, forcing major changes in the human economies. The key to human survival has been the development of broad-based, resilient resource strategies.

To understand what this strategy looked like and how people coped with fluctuating resources we examine the 4000 year old Saqqaq site “Qeqertasussuq” on a small West Greenland island in Disko Bay that has produced a wealth of biocultural information from the frozen remains of seals, fish, caribou and whales. Ironically, in spite of apparent abundance, Saqqaq suddenly and mysteriously disappeared. What happened? Did the marine resource base disintegrate? Did winter sea-ice disappear? Were other agents in play?

Given recent history, one cannot but wonder if humans had a decisive role in cycles of key resource populations over time?  Archaeology and history shows that humans have decimated many Arctic animal populations and that the scale of human impact has changed dramatically with industrialized exploitation. Instances of local prehistoric population decreases and extinctions have been replaced by massive over-exploitation that is resulting in possible irreversible changes in the populations of keystone species and even in the structure of entire ecosystems, in the Arctic and beyond.

Dr. Morten Meldgaard (Ph.D. in Biology, 1990, University of Copenhagen) is Professor of Arctic environmental history at the University of Greenland. He served as the directors of Danish Natural History Museum (2007-2014), The North Atlantic House (a cultural center for culture and art, 2000-2005), and the Danish Polar Center (1995-200). He conducted zooarchaeological research in Greenland and Labrador and published widely on historical ecology, animal fluctuation cycles, Inuit use of animal resources, and application of mtDNA and other genomic data in studying ancient human migrations in the Arctic.