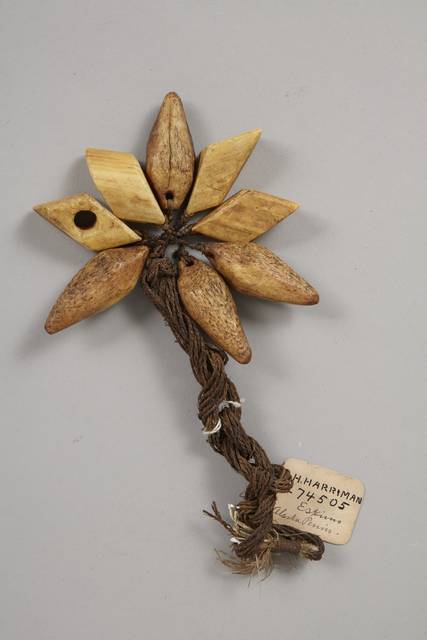 A “bola”, from the Spanish word for ‘ball’, is a type of weapon consisting of a cluster of weights on strings attached to a hand grip that can be thrown at an animal or bird to entangle its legs or wings. Weapons similar to bolases can be found around the world for hunting a large variety of game, but in Inuit communities they are most often used to hunt birds. The bola would be thrown into a flying flock of birds, entrap one or more of the animals, and bring them down to the ground. This bola made with walrus ivory weights was collected from an Inupiaq community in Alaska by J.G. Brady between 1878 and 1909. It was donated to the museum by Mrs. Edward H. Harriman, and accessioned on June 7, 1912.